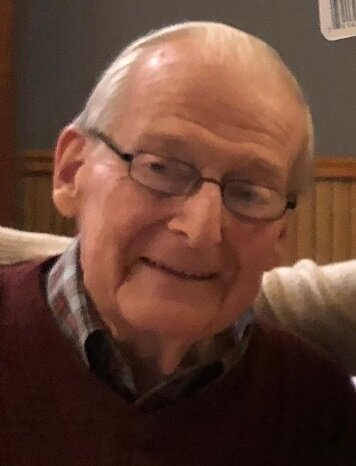 Please share a memory of Barry to include in a keepsake book for family and friends.
View Tribute Book

Barry Joseph Frombgen, 81, of Lockport, NY passed away on Friday, November 18, 2022, at Millard Fillmore Suburban Hospital. Born March 19, 1941, Barry was the son of the late George and Margaret (Lamont) Frombgen. Barry married Shirley (Metz) Frombgen on March 21, 1987, at St. Patrick’s Church in Lockport. They enjoyed 35 years of marriage together.

Barry attended St. Patrick’s, North Park, and Lockport Sr. High School, where he graduated in 1958. He went on to study at the General Motors Institute, which was sponsored by Harrison. He graduated with a mechanical engineering degree and a heat transfer major. Barry spent the next forty years at Harrison Radiator, and the last eleven years of his career for the North American Truck Group, all of it being with General Motors. His forty-one-year career with GM was spent completely designing, developing, and testing automotive heating and air conditioning systems. He retired in 1999 as a Senior Project Engineer.

Barry is survived by his wife, Shirley, and his Brother Daniel (Mary) Frombgen. He is also survived by his brother-in-law Robert (Diane) Metz, and several cousins, nieces, and nephews.

A private service will be held with immediate family.  Donations to a charity of one’s choice would be appreciated.  Visit pruddenandkandt.com.

To plant a beautiful memorial tree in memory of Barry Frombgen, please visit our Tree Store

A Memorial Tree was planted for Barry
We are deeply sorry for your loss ~ the staff at Prudden and Kandt Funeral Home, Inc.
Join in honoring their life - plant a memorial tree
Online Memory & Photo Sharing Event
Online Event
About this Event

Look inside to read what others have shared
Family and friends are coming together online to create a special keepsake. Every memory left on the online obituary will be automatically included in this book.
View Tribute Book
Services for Barry Frombgen
There are no events scheduled. You can still show your support by planting a tree in memory of Barry Frombgen.
Plant a tree in memory of Barry

Share Your Memory of
Barry
Upload Your Memory View All Memories
Be the first to upload a memory!
Share A Memory
Plant a Tree