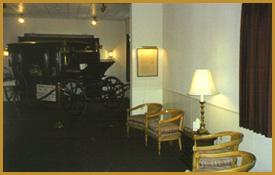 1876 - Present: In the early 1800's the Prudden Brothers lived with their families in the northwest section of Niagara County near North Ridge and Ransomville , NY . About 1870, Walter Prudden, the youngest brother came to Lockport , NY and went to work for Frank P. Weaver in the furniture and undertaking business.

In 1876, when Walter married, Orrin and Albert moved to Lockport and formed the Prudden Brothers Furniture and Undertaking business at 33-35 Main Street and stayed there until 1880 when they moved, in 1881 to 82-84 Main St. the west side of what was to be Williams Bros. Department Store.

In 1898, John B. Rosenberg went to work for them and stayed with the company until his death in 1948.

In the early 1900's, the brothers joined with Mr. Weaver and moved to 33-37 Pine St. from the Main St. location and became Prudden & Weaver Company until the death of Frank Weaver.

Sometime in 1929, the furniture part of the business was discontinued and the building sold. A residence at 242 Genesee Street , built by William Kenan; was purchased and modernized to meet the new trend in funeral service. 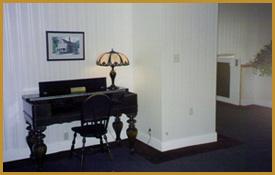 In 1954, the name was changed to Prudden & Kandt Funeral Home and O. Neil Prudden and Otto Kandt carried on at this address until their death. Thereafter, the sons, William O. Prudden, President, Walter A. Kandt and Gerald H. Rosenberg, son of John B. Rosenberg, continued the business adding an attractive chapel on the east side of the property in 1957 and a parking lot on the west side.

William O. Prudden died suddenly on November 20, 1966 at the age of 49. Walter A. Kandt then became president until his retirement in 1986 at which time, the business was purchased by Gerald H. Rosenberg and his son, John M. Rosenberg, who had joined the firm in 1975.

Jerry and John Rosenberg felt the need to make a change in the facilities and after much thought and continued faith in the City of Lockport , decided to expand at the downtown location instead of opening a new funeral home in the towns.

In 1994, Prudden & Kandt Funeral Home added another chapel on the west side of the property, expanding the parking lot by demolishing three homes thereby doubling the parking facilities, also adding a new entrance with carport conveniences, and elevator lift for the handicapped and many extensive interior improvements.

In 2000 John’s son Andrew G. Rosenberg joined the firm becoming the fourth generation in the Rosenberg Family to work at Prudden & Kandt Funeral Home. Upon Jerry’s wife’s retirement from working in the office John’s daughter, Krista A. (Rosenberg) Cain took over in 2002.  Sadly in July 2006 after 62 years of service Gerald H. Rosenberg passed away, he was 89. The Firm continues its rich history and long family owned traditions in serving families of all religious denominations in the greater Lockport Area.