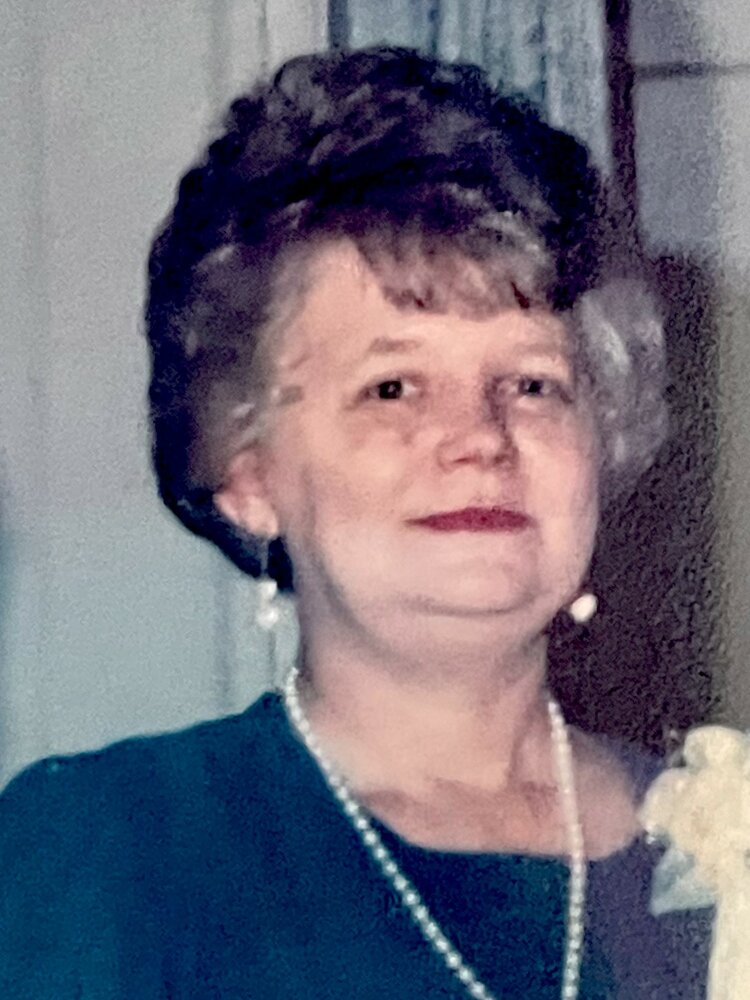 Please share a memory of Virginia to include in a keepsake book for family and friends.
View Tribute Book

Virginia M. LaRusso passed away November 15, 2022.  Born May 1, 1934 in Gowanda, NY she was the daughter of Arnold and Hazel (Whelen) Lindquist.  She was a Licensed Practical Nurse for 40 years starting her career at Gowanda State Hospital, and retiring from Mount View HCF retiring in 2002.  Virginia was a member of the Navy/Marine Club and enjoyed playing card and BINGO.  She was predeceased by her husband Samuel J. LaRusso, and son Kenneth (Diane) Hintz.

Private graveside service will be held in Wrights Corners Cemetery.

To plant a beautiful memorial tree in memory of Virginia LaRusso, please visit our Tree Store

A Memorial Tree was planted for Virginia
We are deeply sorry for your loss ~ the staff at Prudden and Kandt Funeral Home, Inc.
Join in honoring their life - plant a memorial tree
Online Memory & Photo Sharing Event
Online Event
About this Event

Look inside to read what others have shared
Family and friends are coming together online to create a special keepsake. Every memory left on the online obituary will be automatically included in this book.
View Tribute Book
Services for Virginia LaRusso
There are no events scheduled. You can still show your support by planting a tree in memory of Virginia LaRusso.
Plant a tree in memory of Virginia

Share Your Memory of
Virginia
Upload Your Memory View All Memories
Be the first to upload a memory!
Share A Memory
Plant a Tree