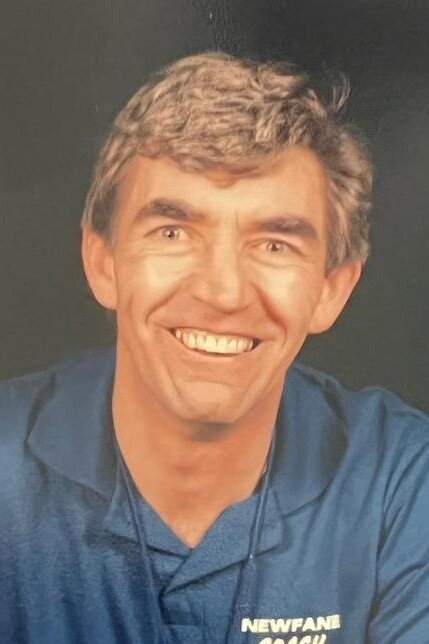 Please share a memory of Richard to include in a keepsake book for family and friends.
View Tribute Book

Role model, Coach, Town Supervisor, Conservation Officer, Author Richard J. “Dick” Lang passed away after a lengthy battle with Parkinson’s Disease.  Son of John and Grace and brother of David (Joanne) born and raised in Orchard Park NY he proudly served in the US Coast Guard.

He truly loved giving back to his community and is in numerous area Hall of Fame’s including the National Wrestling Hall of Fame.  A day was proclaimed in his honor back in 2014. The Roy-Hart Kid’s Wrestling program and Sports Booster program began under his tutelage.  He later went on to coach wrestling at Roy-Hart and Newfane winning numerous league and sectional titles. Throughout the years he coached many league and sectional champions including Olympian Lou Roselli. Coach Lang changed the lives of many kids and was loved and respected by everyone who knew him.  As one of the toughest game wardens in Western New York, he served from 1969- 2010. He was once New York State Conservation Officer of the year.  He also served on the Royalton Town Board as well as Town Supervisor for 2 terms. Dick loved his community and always tried to do what he could to make it a better place .

In 2012 he wrote the book “Behind the Badge” which contained numerous stories of his days as a game warden in Niagara County and the surrounding area.  Dick always believed that physical fitness was of the utmost importance. He competed in the Empire State Games and the Police Olympics and emerged victorious as New York’s “Toughest Cop”.  He was a lifetime member of the Western NY Poultry Association and showed championship Bantam chickens from childhood and throughout most of his adult life.  An avid pheasant and turkey hunter, he loved being in the great outdoors working his Brittany Spaniel or calling in a turkey.

In the last several years he became an avid spectator of various sports as he enjoyed watching his grandkids compete in sports at the high school and college level. He also became an aficionado of musical theatre and attended several performances at local high schools and the Lockport Palace Theatre with his equally proud wife.  He also loved hanging around his lifelong friends Hank Haas, the Osborne brothers and brother David. They were the true “Happy Days” gang. He is survived by his brother David of Orchard Park, brothers-in-laws, Dick (Ann) Humphries of Florida, Hank of Beulah, Colorado, Frank of Missoula, Montana and several nieces and nephews. He was predeceased by his parents, John R. Lang and Grace Biddlecomb Lang and his sister-in-law, JoAnne Lang.

To send flowers to the family or plant a tree in memory of Richard Lang, please visit Tribute Store
Print
Thursday
6
October