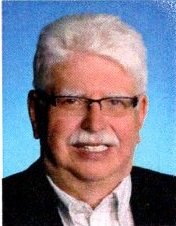 David W. Tuttle, 71, of Lockport, NY died Monday evening, November 18, 2019 at his home after a hard fought battle with cancer.  Born February 22, 1948 in Medina, NY, his parents were the late Irene (Snowden) Tuttle and Walter R. Tuttle.  David grew up in Medina and graduated Medina High School in 1966. He graduated from Clarkson University in Potsdam, NY with a degree in Management and Industrial Engineering. He also received his master's degree from Clarkson. David worked for Fisher Price in East Aurora as an engineer for several years. His desire and interest in interacting with people led him to begin his insurance career. He started with Allstate Insurance in the days when Allstate had a booth in the Sears's store; that was 42 years ago. He went on to own his own agency in Lockport, NY and over the years received numerous awards from Allstate including 1 in 100, Top Agent, Honor Ring and 17 times National Conference. He was also a mentor to many agents in the area as they started out.

David had a lifelong passion for automobiles, owning many unusual autos.  He was at one time involved with the raising, breeding and showing of dogs and Arabian horses. David had a zest for life and liked nothing better than talking to people and entertaining them with a list of jokes.