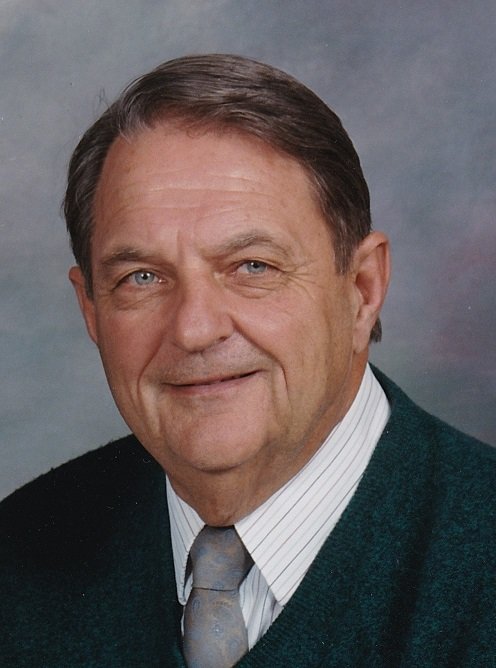 Robert LeRoy Ames entered into eternal rest on September 27, 2019, surrounded by his loving family at Niagara Hospice. He was born on August 8, 1932, in Knowlesville, NY. He was the son of the late LeRoy and Helen (Frost) Ames.

Robert was a graduate of Medina High School (1949), where he attained the rank of Eagle Scout. He earned his Bachelor’s and Master’s degrees at SUNY Brockport.  He was a resident of the Town of Lockport for the past sixty-one years. He worked at Groton Central School District, Niagara University, Grand Island  CSD  and Lockport City SD. He has served Section VI in a variety of ways. He taught  NYS Coaching Certification courses, and was Chairman of the Chemical Health Committee, “Life of an Athlete,” chemical health leadership trainer and Niagara Frontier League representative to the Section VI Athletic Council. Prior to his retirement, he was an active member of the NYS Athletic Administrators Association, National Athletic Administrators Association, NYS Council of Administrators and the NYS Association of Health, Physical Education, Recreation and Dance. Robert has given a great deal to the student-athletes in Section VI in his 38 years of experience.  During that time, he was an active member of the WNY Wrestling Officials, holding many positions at the local level, leading to his appointment as President of the NYS Wrestling Officials from 1976-1978. He was a volunteer at Niagara Hospice, earning the Volunteer of the Year award in 2013.

While Bob’s professional accomplishments line the shelves, none of those compare to his greatest accomplishment of his family. He was a faithful and loving husband and enjoyed spending time with his family. He loved attending his grandchildren’s various sporting and school events, and was one of their biggest fans. He was a beautiful man. He enjoyed baking cookies, playing cards, and spending quality time with friends and family.