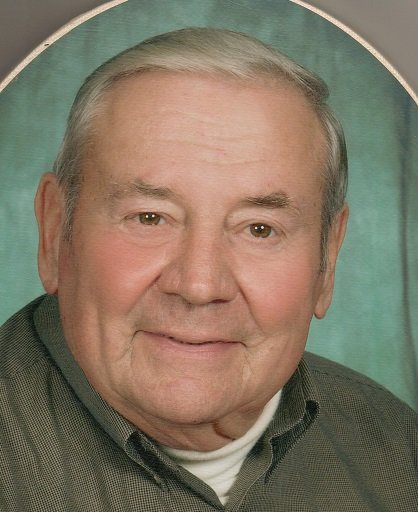 Obituary of Clyde A. Rankie

Clyde A. Rankie passed away November 19th, 2015 in the Odd Fellow Rebekah Rehab and Health Care Facility under the care of Niagara Hospice. Born January 23, 1931 in Lockport, he was the son of Chester and Alice (Zacharia) Rankie. Clyde joined the Army in February, 1952 served in Korea. While in Korea he was awarded 3 Bronze Stars, attaining the rank of Sergeant before leaving the service in November, 1953. Clyde was married for 48 years to the late Virginia A. (Hebeler) Rankie who passed away November 16, 2000. With his late wife, Clyde owned and operated Long's Market on Chestnut Street, where he was a butcher, retiring in 1994. He was a member of the Knights of Columbus, Council 319 and the Forth Degree of the Council; B. Leo Dolan, Post 410, American Legion, Brauers Eucher Club and enjoyed bowling, hunting, gardening and most of all his family. Clyde is survived by his children Douglas (Michelle) Rankie, Darlene (Wayne) Morse, Dan Rankie, Duane (Diane) Rankie and Donald (Cassie) Rankie all of Lockport; 10 grandchildren, 2 great grandchildren and his dear friend Peg Dayfert. He was predeceased by his brother Fred Rankie and sister Bernice Baldwin. Relatives and friends may call Sunday, November 22, 2015 from 3 to 7 PM in Prudden and Kandt Funeral Home, 242 Genesee Street, Lockport, NY. A Mass of Christian Burial will be celebrated Monday morning November 23, 2015 at 10 AM in Good Shepherd Church, 5443 Tonawanda Creek Road, Pendleton, NY. Burial will be in Good Shepherd Cemetery. Memorials to the Niagara Hospice, 4675 Sunset Drive, Lockport, NY 14094 would be appreciated by the family.
To send flowers to the family or plant a tree in memory of Clyde Rankie, please visit Tribute Store
Monday
23
November

Share Your Memory of
Clyde
Upload Your Memory View All Memories
Be the first to upload a memory!
Share A Memory
Send Flowers