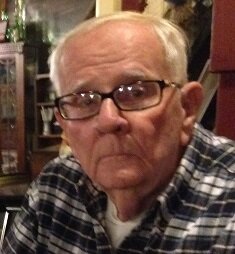 Please share a memory of William to include in a keepsake book for family and friends.
View Tribute Book

William L. Stockton passed away peacefully on December 23, 2022. Bill, as he was known to his family and friends, was born in Lockport on April 15, 1933. He was the son of Lewis and Mildred (Logan) Stockton. He was predeceased by his wife of 58 years, Margaret (Watier) Stockton and his son Timothy Stockton.

Bill enlisted in the U.S. Army and served in Korea in the 2nd Infantry Division. After his discharge from the Army, he worked first at Western Container Corporation and then at the Harrison Radiator Division of General Motors, until his retirement. While at Harrison Radiator, he was active in the union and served as President of Unit #1 Local 686.

Bill was an avid outdoorsman. He enjoyed hunting, fishing, archery, camping, canoeing, biking and cross-country skiing. He belonged to several gun and conservation clubs throughout his life, most recently the Medina Conservation Club, where he participated in several shooting leagues.  He also enjoyed going to gun shows, flea markets, and garage sales, looking for collectibles and other treasures. He was a member of Covenant United Church of Christ in Gasport. Bill had many hobbies and interests, but most of all he loved spending time with family and friends.

The family wishes to thank the many kind and caring doctors, nurses, therapists, and health care aides, at St. Mary’s Hospital and Lockport Rehab and Health Care Center, who treated Bill with such compassion during his final weeks.

Per Bill’s wishes there will be no services held at this time. However, there will be a gathering in the spring to celebrate his life and honor what would have been his 90th birthday. Details will be announced at a later date. Burial at Cold Spring Cemetery will be at the convenience of the family. If desired, memorial donations may be made to a charity of one’s choice.

Please visit www.pruddenandkandt.com to share condolences and memories with the family.

To plant a beautiful memorial tree in memory of William Stockton, please visit our Tree Store

A Memorial Tree was planted for William
We are deeply sorry for your loss ~ the staff at Prudden and Kandt Funeral Home, Inc.
Join in honoring their life - plant a memorial tree
Services for William Stockton
There are no events scheduled. You can still show your support by planting a tree in memory of William Stockton.
Plant a tree in memory of William
Print
Online Memory & Photo Sharing Event
Online Event
About this Event