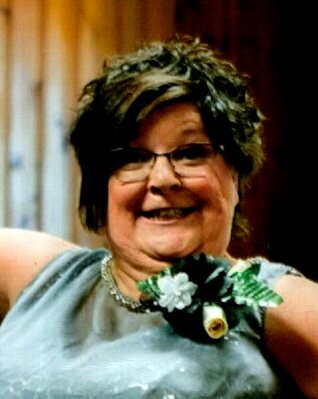 Please share a memory of Joyce to include in a keepsake book for family and friends.
View Tribute Book

Joyce Osborn (nee Kelley) entered into eternal vacation on August 26, 2022 at the age of 62 (although she would have never told you her age).

Joyce was born on September 27, 1959 in Syracuse, NY. Joyce grew up in the South, living in Puerto Rico, Louisiana, and finally her parents settled in Ft. Walton Beach, FL. She served four years in the United States Army and then married an active duty Air Force Serviceman. It should be mentioned here that moving was a favorite lifelong hobby of Joyce's, and she could pack a bag/box/suitcase like an animal. Joyce once carried a smallish backpack into Globe Life Park (Texas Ranger's stadium) that had two turkey legs, a six pack of beer, pepperoni, a cutting board, a knife, cheese squares (two varieties), and a 2 liter soda bottle.

Joyce was married for 30 years to her Love, Gary Osborn. She and Gary shared a love of traveling, football, epic parties (serious ragers), and family. Joyce and Gary had one daughter who they adored, but their real love was their grandchildren. She was an epic Grandma, always ready with a funny quip, a snack, and a day of shenanigans. Joyce was awarded the honorary title of "Coolest Grandma Ever" for her antics and shenanigans (and there were shenanigans).

Joyce was an avid reader and an enthusiastic shopper who became dear friends with her Amazon Delivery driver. She was a force to be reckoned with, determined to have her voice heard, and to build strength in those around her. Joyce earned an Associate's Degree and a Bachelor's, becoming the Program coordinator for Southern Illinois University, and later working with Special Needs children and adults for different agencies in Western New York.

Joyce is preceded in death by her parents, Henry Kelley and Wilma (nee AsIan) Kelley. Joyce is survived by her husband of 30 years, Gary Osborn and one daughter, Tiffany Green-Platter (Christopher Platter). She is also survived by her beloved grandchildren Brady Green, Tatum Green (her BooBoo), and Connor Platter. Joyce is also survived by seven brothers and sisters, 8 nieces, 3 nephews, and countless friends from all over the world.

In honor of Joyce's talent for epic parties, a Celebration of Life will be held in her honor at her home in Lockport on September 17, 2022, 3pm at 7207 Woodmore Court Lockport, NY. The family asks for donations in her honor be made to Niagara Hospice.  Visit pruddenandkandt.com.

To send flowers to the family or plant a tree in memory of Joyce Osborn, please visit Tribute Store
Saturday
17
September

Share Your Memory of
Joyce
Upload Your Memory View All Memories
Be the first to upload a memory!
Share A Memory
Send Flowers
Plant a Tree