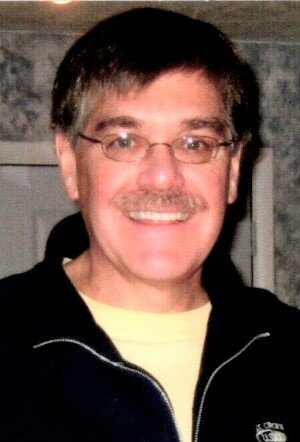 Please share a memory of Stephen to include in a keepsake book for family and friends.
View Tribute Book

Dr. Stephen Collins Stockton entered into rest unexpectedly on Saturday, August 6, 2022 at the age of 72. He was born on June 29,1950 at Lockport Memorial Hospital. Stephen was the son of John David and Dorothy Claire (Collins) Stockton and was the oldest of their three sons. Stephen grew up in the post World War II / Baby Boom Neighborhood of Dorchester Road in South Lockport with its two rows of new Cape Cod homes full of many young families with children running all about.  In his youth, Steve would play Anjo-League Baseball, belong to Boy Scout Troop 6, take piano lessons for many years with Beatrice Frazier and graduated from Communicants Class at First Presbyterian Church. He attended Charles Upson Elementary, Emmet Belknap Junior High and graduated with a regents diploma with honors from Lockport Senior High School Class of '68. Stephen would go on to attend Ohio State University on an academic scholarship graduating in 1972. He would also graduate from the University of Buffalo School of  Dental Medicine in 1976.

Dr. Stockton was a founding member of the Lockport Dental Group along with Dr. Richard Zimmer, Dr.Todd Retell and Dr.James Shaw and would later go on to head up the Medina Dental Group. In time, Dr.Stockton would proudly work together with his son Dr. Jon Stockton during his last six years in practice. Stephen would retire from dentistry in 2021 after 45 years of service to the Lockport and Medina Communities. Steve lived a full life and thoroughly enjoyed his many passions over the years. He was a cycling, boating, skiing and scuba diving enthusiast as well as a world traveler. He was a member of the Tuscarora Yacht and Holimont Ski Club's and loved Ellicottville, New York. He was a fan of the Buffalo Sabres and Bills, the Ohio State Buckeyes and N.Y. Yankees. Steve was a voracious reader and was also well known for his ultra-highly organized lifestyle. A connoisseur of Pinot Noir wine he once planted grape vines in his backyard to create his own vineyard. Fine cars and Formula 1 Racing were other passions along with trips to Watkins Glen. The Turks and Caicos were a very special place to Steve with many family vacations there as well as fishing on Lac Dumoine in Canada.

Stephen was predeceased by his youngest brother Jack Cashion Stockton, who perished in an auto accident in 1978 at the age of 19. He was also predeceased by his father John David Stockton in 1993 and mother Dorothy Claire Stockton in 2022. Also, faithful companion Pug 'Rumple' Stockton would leave this world in 2022 as well. Survivors include beloved wife Karen (Horanburg) Stockton. Also, daughter Shannon Laurel Stockton (Mark Scalabrino) and son Dr.Jonathan Barry Stockton (Erin Noble). In addition, brother David Richard Stockton. Grandchildren include Chase, Cashion, Jack and a soon to arrive granddaughter. Other survivors include Aunt MaryJane O'Day, cousin Becky O'Day as well as cousins John and James Nachtwey.  Steve is also survived by loving brother's and sister-in-law's and many close friends.

In lieu of flowers, donations can be made to the Olcott Fire Company or the American Heart Association. Family and friends may call Wednesday, August 10th from 4 to 7pm at Prudden & Kandt Funeral Home, 242 Genesee St., Lockport.  Visit pruddenandkandt.com.

To send flowers to the family or plant a tree in memory of Stephen Stockton, please visit Tribute Store
Print
Wednesday
10
August