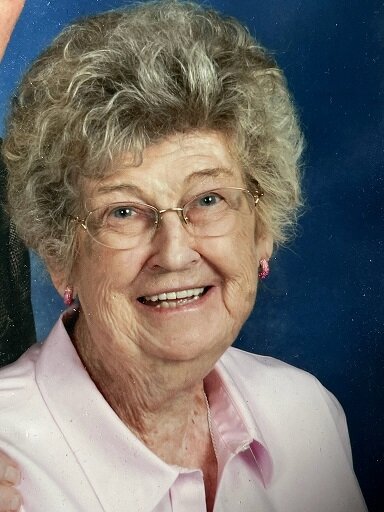 Janet Kennedy Taylor passed away peacefully on April 29 at the age of 101.  She was born in Scotland, the daughter of James and Robina (Nesbit) Kennedy and raised in Dansville, NY.  She was predeceased by siblings Thomas Kennedy, Robina Taylor, and Mima Larry.  Janet was also predeceased by her loving husband, John P. Taylor.  Janet is survived by her son Jack (Jean) and predeceased by her son, Jim (Ursula) and daughter Linda; grandmother of Mike (Tammy), Ron (Sharon), and Teresa Steen, Susan (Dave) Bakos, Molly (Matt) Vermette, and Jeff (Debby) Hannigan; great grandmother of Maddie, Emily, Tom (Marissa), Clara, Jonathan, Jack, Cole, Megan, Caitlin, and Erin.  She was blessed with one great-great grandchild, Carson Griffin.  Janet is also survived by numerous nieces and nephews and many dear friends.

Jenny worked for many years at the LHS Cafeteria.  She never said no to a good card game and was a “regular” at Bingo while living at the Presbyterian Home.  Jenny was a passionate knitter and donated countless mittens, hats, and blankets to the Lockport community.

A memorial service will be held at the convenience of the family.  In memory of Jenny, donations to Niagara Hospice would be appreciated.  Visit pruddenandkandt.com.

To plant a beautiful memorial tree in memory of Janet Taylor, please visit our Tree Store

A Memorial Tree was planted for Janet
We are deeply sorry for your loss ~ the staff at Prudden and Kandt Funeral Home, Inc.
Join in honoring their life - plant a memorial tree
Services for Janet Taylor
There are no events scheduled. You can still show your support by planting a tree in memory of Janet Taylor.
Plant a tree in memory of Janet
Share A Memory
Plant a Tree