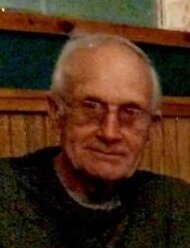 Gary F. Donner passed away on Friday March 11, 2022.  Born in Lockport on October 2, 1937, he was the son of the late Benjamin and Marie (Daigler) Donner.  Gary was an Owner and operator of Donner Brothers Trucking and Excavating, where he worked for 66 years.  He served in the Army National Guard from 1960 until 1966 and was a past member of the Wendelville Volunteer Fire Co.  Gary enjoyed hunting, fishing, was a Nascar fan and loved spending time with his friends and especially his family at his cabin.

Gary is survived by his wife Kathleen E. (Heenan) Donner, whom he married on January 8, 1966.  He is survived by his children Jeffrey S. (Jennifer) Donner, Michelle M. (Scott) Gerdes and James P. Donner; grandfather of Ashley, Jessica and Devin Donner and Evan and Sofia Gerdes.  Gary was the brother of Roger (late M. Patricia) Donner, Phyllis (late Donald) Jensen and the late Audrey (late J. Robert) Cramer and Paul Donner.  He is also survived by several nieces and nephews.

Friends may call on Wednesday Mar. 16th 4-7 PM at Prudden and Kandt Funeral Home, 242 Genesee St., Lockport.   A Mass of Christian Burial will be celebrated on Thursday Mar. 17th at 10 AM at Good Shepherd RC Parish, 5442 Tonawanda Creek Road, Lockport.  Interment will be in Good Shepherd Cemetery.  Memorials to Niagara Hospice would be appreciated by the family.  Online Condolences at www.pruddenandkandt.com.

To send flowers to the family or plant a tree in memory of Gary Donner, please visit Tribute Store
Print
Wednesday
16
March