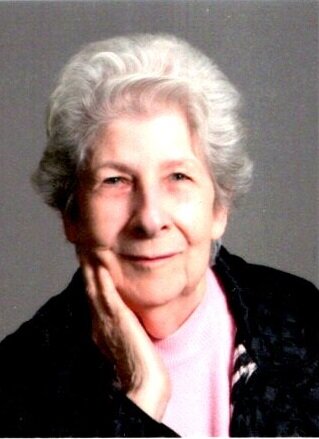 Obituary of Jacklin B. Stopp

Please share a memory of Jacklin to include in a keepsake book for family and friends.
View Tribute Book

Jackie was born April 6, 1926 in Binghamton, NY, to the late Joseph and Winifred Bolton and moved to Lockport in 1975 with her husband, Donald L. Stopp, when they opened Timesaver Maps. Upon retirement, they spent many winters in Palmetto FL. Following their marriage of 46 years, he died on December 15, 2014. Jackie spent her final years at Lockport Presbyterian Home, where she was well cared for and happy.

Jackie and Don were strong supporters and donors to the Challenger Center, Niagara County Historical Center, and several other local organizations.  She was also an active member of New Century Club of Lockport. She had a strong Christian faith and was a committed member of First Presbyterian Church
of Lockport.

Her education included a Bachler's degree from Julliard School of Music, with her Master's and Ph.D. from the University of Michigan. She was most proud to have been granted the titles of Independent Scholar and American Musicologist.

Jackie had been a faculty member of SUNY Geneseo, SUNY Buffalo, and Wisconsin State University at Oshkosh. She also taught in the Medina NY school system for many years. She served as a certified adjudicator for the NYS School Music Association.

She was a published author of several works on the history of secular cantata in the U.S., and her extensive research led her to write a biography of A. N. Johnson. The Dictionary of American Music entry under his name carries her byline. She had a vast collection of nineteenth-century American music, now housed at the University of Maryland.

Jackie was pre-deceased by her parents and husband, and is survived by many special friends.

Memorial donations in Jackie's name may be made to the charity of your choice.  All are invited to attend a memorial service to be held at 11 a.m. on Thursday (June 16) at First Presbyterian Church, Lockport.

To send flowers to the family or plant a tree in memory of Jacklin Stopp, please visit Tribute Store
Thursday
16
June