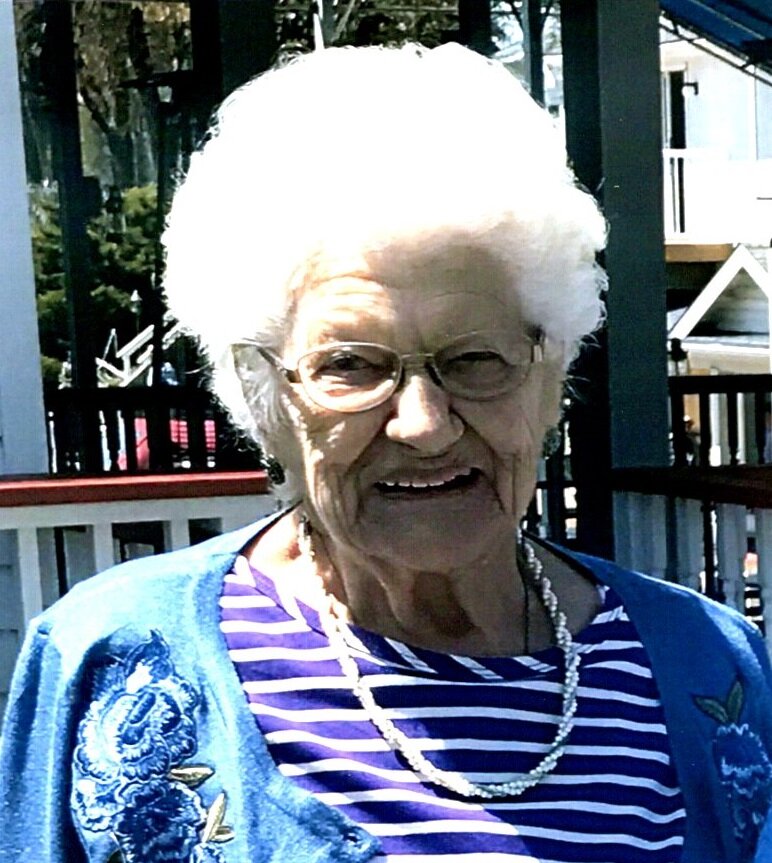 Please share a memory of Stella to include in a keepsake book for family and friends.
View Tribute Book

Stella M. Lennert passed away on February 19, 2022. She was born on February 1, 1923 in Lockport, New York a daughter of the late Nicholas Migda and the late Berniece Kendra.  Stella was a production worker at Harrison Radiator retiring in 1978. She enjoyed ceramics, crocheting but most of all she loved to babysit her grandchildren and great grandchildren.  She was predeceased by her husband George Lennert who passed away September 29, 2004.

Relatives and friends may call on Tuesday February 22, 2022 from 3-6 PM in Prudden and Kandt Funeral Home 242 Genesee St. Lockport, NY where a funeral will immediately follow at 6 PM. Interment in Cold Spring Cemetery. In lieu of flowers memorials to American Heart Association or to the Alzheimer’s Association, would be appreciated by the family. Visit pruddenandkandt.com.

To send flowers to the family or plant a tree in memory of Stella Lennert, please visit Tribute Store
Print
Tuesday
22
February