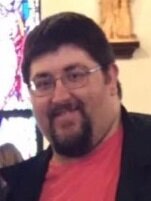 Robert “Boober” J. Johnston of Lockport entered into eternal rest very suddenly January 26, 2022.  Born August 5, 1976, he was 45 years old.  Boober was a 1994 graduate of Lockport High School, currently employed at General Motors PowerTrain in Tonawanda.  Boober was a Boy Scout, having worked at Camp Dittmer as a counselor attaining the rank of Eagle Scout.  He was varsity basketball team manager for 24 season from 1992 – 2015 at Lockport High School.  Boober was an avid sports fan especially of the Buffalo Bills.  He enjoyed golf and fantasy football.  Boober always made time for his family, especially his beloved niece Brooklynn.

To send flowers to the family or plant a tree in memory of Robert Johnston, please visit Tribute Store
Thursday
3
February

Share Your Memory of
Robert
Upload Your Memory View All Memories
Be the first to upload a memory!
Share A Memory
Send Flowers
Plant a Tree