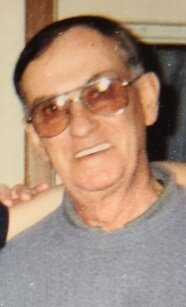 Robert J. “Bud” Turner passed away January 20, 2022 at home under the care of Niagara Hospice and in loving care of his family.  Born August 2, 1934 in Lockport he was the son of Joseph W. and Josephine (James) Turner.  Bud served in the US Army from 1955 to 1957 and worked for Harrison Radiator Div. of GM retiring as a Stores Attendant after over 37 years in 1993. In his retirement he worked at Sister Helen’s food pantry where he managed it. He received the St. Joseph’s award for his work there. He was an avid bowler in the screwball league. For several years he managed in LKPT Midget league Baseball. He loved the Yankees, and GO CLEVELAND BROWNS!

Relatives and friends are invited to a Memorial Mass to be celebrated at St. Johns Church at 10 am on Tuesday Jan. 25.  Donations to St. Jude Children’s Research Hospital or Niagara Hospice or the Niagara County SPCA would be appreciated. Visit pruddenandkandt.com.

To send flowers to the family or plant a tree in memory of Robert Turner, please visit Tribute Store
Tuesday
25
January

Share Your Memory of
Robert
Upload Your Memory View All Memories
Be the first to upload a memory!
Share A Memory
Send Flowers
Plant a Tree