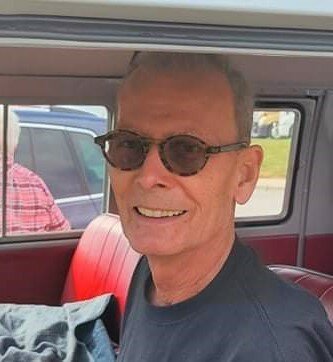 Obituary of Robert A. LaPorte

Robert A. LaPorte began his adventure into this life on August 21st, 1945, and his soul returned to heaven on January 13th, 2022.   Raised by his loving parents Gerald E. and Genevieve V. LaPorte (Capen) in the Town of Tonawanda, along with his siblings Sandra (deceased), Terrence (Theresa), Thomas (Anne).

After his graduation from Kenmore East, he proudly served his country in the US Army from 1965 to 1968 and was stationed in Germany for 2 ½ years where he met his loving wife Agnes (nee Zeitz).  In 1979 Bob and Agnes moved their young family; daughter Stephanie (Kevin) McIntyre and son Robert Jr. (Monica) LaPorte to Barker, NY.  Bob spent 40+ years remodeling his grandparents’ family farm.  With his ability to repair, restore, modify or design anything, he created a haven for his family and friends.  He lovingly restored his grandfather’s barn, which housed his many VW projects and the home he beautifully revived welcomed visitors from many countries.  He became known worldwide as “BusNutBob” for his museum quality restorations, craftsmanship, and perfection to detail.  Always eager to share his knowledge and car parts with friends, he was a mentor to many.  Bob was one of the founders of Volkswagen Association of Western New York in 1987 and remained an active officer and member.

During his lengthy illness it was most comforting to have so many people reach out to him and show him how much he had influenced their lives. Hearing their stories brought him tremendous joy.

After his retirement from TREK, Inc., he was able to devote more time to his passion.

On behalf of Bob’s wife of 55 yrs., Agnes and his family, we are eternally grateful to all those who prayed for him and visited with him often while he was still able to enjoy your company.

Relative and friends may visit at Prudden And Kandt Funeral Home at 242 Genesee Street in Lockport on Tuesday, January 18th from 3pm to 7pm.

Bob always trusted in God.  A Mass of Christian burial will be celebrated on Wednesday, Jan 19th at 10am at Our Lady of the Lake Catholic Church (St. Patrick’s) in Barker, NY.  Following the mass, a celebration of Bob’s life will take place at White Birch Golf Course at 1515 N. Lyndonville Rd.

To send flowers to the family or plant a tree in memory of Robert LaPorte, please visit Tribute Store
Print
Tuesday
18
January