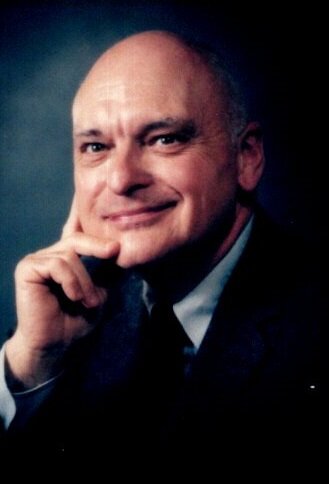 Joseph L. Kunz, M.D., was born on April 7, 1930 in Buffalo, N.Y. He is a graduate of Canisius High School and Canisius College in Buffalo, N.Y. (1951), and the University of Buffalo, School of Medicine (1956). He was granted an Internship and a Residency in Internal Medicine at Buffalo General Hospital where he served as Chief Resident (1956-1959). He was also granted a Fellowship in Gastroenterology at Henry Ford Hospital in Detroit Michigan (1959-1960).  Dr. Kunz served as a Captain in the United States Army Medical Corps at Walson Army Hospital in Fort Dix, New Jersey (1960-1962).

He went on to establish a thriving private practice in Internal Medicine, Gastroenterology & Endoscopy wherein he was always deeply committed to offering his medical services free of charge to patients in need (1962-1986). He
also served as Medical Examiner of Erie County, and as Staff Physician at Erie County Department of Health, and Hamlin Terrace Health Care Center.  Over the course of his illustrious medical career, Dr. Kunz was appointed
Clinical Associate Professor at the University of Buffalo, School of Medicine and had hospital affiliations at Buffalo General Hospital, St. Francis Hospital, Mercy Hospital, and Buffalo Children's Hospital.

In 1959, Dr. Kunz married the love of his life, Marie Leyden Kunz, M.D., and went on to have two beautiful children together. Dr. and Dr. Kunz were married for 62 very happy years raising their family in North Buffalo. Throughout their marriage, they travelled extensively, especially enjoying family trips to Austria, Germany, Spain, Italy, and Greece.

After his retirement from private practice, Dr. Kunz worked tirelessly at the Outer East Side Health Clinic to support medically underserved citizens of Western New York. He also volunteered for the American Red Cross, providing medical assistance to victims of national disasters including Ground Zero in NYC, and numerous hurricanes in Florida and Louisiana. In addition, Dr. Kunz served as a Visiting Minister to the Sick with St. John the Baptist Church, Lockport, N.Y., and St. Michael the Archangel Church, Sarasota, FL.

Dr. Kunz was recognized with numerous awards throughout his professional career including the Presidential Key Award from the University of Buffalo Medical Alumni Association, and the Dedicated Physician Award from Buffalo

Relatives and friends are invited to a Memorial Mass to be celebrated Friday, Nov. 5th at 10 AM in St. John the Baptist RC Church, 168 Chestnut St., Lockport.  Visit pruddenandkandt.com.

To send flowers to the family or plant a tree in memory of Dr. Joseph Kunz, MD, please visit Tribute Store
Friday
5
November

Share Your Memory of
Dr. Joseph
Upload Your Memory View All Memories
Be the first to upload a memory!
Share A Memory
Send Flowers
Plant a Tree