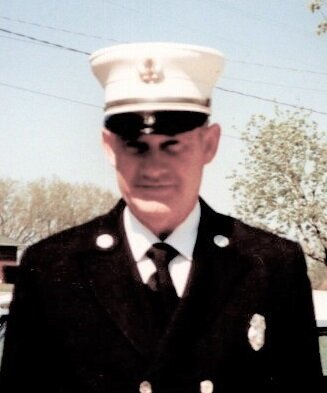 Donald C. Hofert passed away October 24, 2021 under the care of Niagara Hospice.  Born May 23, 1933 in Geneva, NY he was the son of Walter and Edna (Brooks) Hofert.  Donald served in the US Army from 1953-1955 during Korea.  He was also a Coast Guard Licensed Captain as well and was also aa private pilot owning his own plane.  Donald worked for the City of Lockport where he was a fireman from 1957-1995.  He will be remembered as a beloved family man.

Relatives and friends are invited to a memorial service Friday, October 29th at 7 PM in Prudden & Kandt Funeral Home, 242 Genesee St., Lockport.  A graveside service will be held Saturday, October 30th at 11 AM in Hartland Central Cemetery.  Visit pruddenandkandt.com.

To send flowers to the family or plant a tree in memory of Donald Hofert, please visit Tribute Store
Print
Friday
29
October