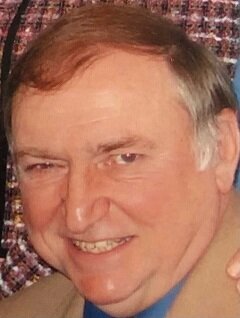 Roger L. Chenez passed away Monday September 13, 2021 at the Weinberg Campus in Amherst.  Born in Lockport on April 25, 1947, he was the son of the late Louis F. and Mary Jane (Bixler) Chenez.  Roger served in the US Army from 1966- 1968.  He worked for Verizon Communications where he was a central office technician retiring in 2001 after 32 years.  Roger was predeceased by his wife, Sheila Rae (Hicks) Chenez on November 6, 2020.

Roger, founder of the EJ Mays Golf Tournament (Scholarship). The tournament is entering its 19th year, and is credited with awarding over 150 college scholarships to the families of CWA.

In 2012, Roger was awarded the EJ Mays Memorial Award (Leadership).

Relatives and friends may call Thursday, September 16th from 3-7 PM in Prudden & Kandt Funeral Home, 242 Genesee St., Lockport.  A Mass of Christian Burial will be celebrated Friday, September 17th at 10 AM in St. Brendan On The Lake, 3455 Ewings Rd., Newfane.  Interment will be in St. Charles Borromeo Cemetery, Newfane.  Visit pruddenandkandt.com.

To send flowers to the family or plant a tree in memory of Roger Chenez, please visit Tribute Store
Print
Thursday
16
September