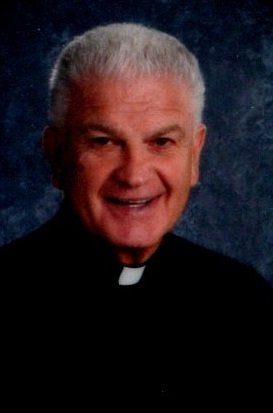 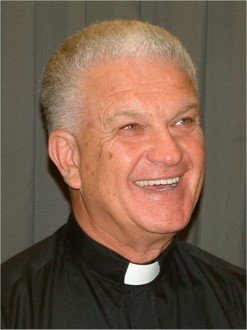 Rev. Gerald (Jerry) Bartko, OSFS passed away following a long battle with cancer, on May 16, 2021 at Hospice of Niagara, in Lockport, NY.  Fr. Bartko was born on June 16, 1938. Upon his graduation from the Oblate High School, Bishop Duffy, in Niagara Falls, NY, he entered the Oblates of St. Francis de Sales. He professed his first vows as an Oblate on September 14, 1957, and was ordained in Annecy, France on October 15, 1966.

Fr. Bartko was a pastoral and sacramental minister at the Niagara County Jail for over 50 years, and was a regular visitor at hospitals and nursing facilities. In addition to teaching HS religion, Fr. Bartko, a linguist, taught Spanish, French, Latin, Italian and German for much of his career, and was involved with youth in many other ways. Fr. Bartko, co-founded Big Brothers Big Sisters of Niagara County. He also coached Little Loop Football, and has been an official referee for YMCA, high school and adult football, basketball, soccer and baseball. In 2019, Fr. Bartko received the annual Tony DeVivo “Umpire of the Year award from the New York State Baseball Umpires Association.

The list of honors and awards Fr. Bartko received over the years is lengthy. In addition to the award above a few more are: Lockport Citizen of the Year, Outstanding Secondary Educator of America, Niagara Falls Sports Hall of Fame and Outstanding Contributor to Catholic Education.

Fr. Bartko suffered for several years with cancer, but continued despite his own ill health to participate in priestly ministry, celebrating mass at All Saints Church in Lockport, NY and continuing to visit the ill, shut-ins, and those in prison. Fr. Bartko lived a life devoted to the people of God serving as a Catholic priest and an Oblate of St. Francis de Sales. He was steeped in the spirituality of his congregation, always sharing the spirituality of St.  Francis de Sales. He even quoted St. Francis in his voicemail message, “Remember, be who you are, and be that well.”

Visitation is scheduled for Wednesday, June 9, from 3:00 to 6:00PM with a prayer service at 6:00PM at All Saints Church, 76 Church St., Lockport, NY.  All services will be livestreamed via Facebook: @allsaints.lockport and also at allsaintslockport.org.  The Mass of Christian Burial will be celebrated on Thursday, June 10 at 10:00AM at All Saints Church.

Donations in memory of Fr. Bartko can be made to:

Funeral arrangements are being handled by Prudden & Kandt Funeral Home

To send flowers to the family or plant a tree in memory of Rev. Gerald Bartko, OSFS, please visit Tribute Store
Wednesday
9
June

Share Your Memory of
Rev. Gerald
Upload Your Memory View All Memories
Be the first to upload a memory!
Share A Memory
Send Flowers