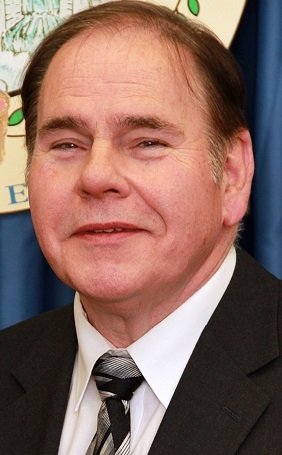 Keith was born April 16, 1946 at Lockport City Hospital. He was the son of the late Morse Oscar McNall and Wilhelmina (Degnan) McNall. Keith graduated from DeSales High School, attended Niagara County Community College for Statistical Process Control and Journeyman Certification and was accepted at St. Bonaventure University in 1968. In 1971, Keith married Diane Marie Virgilio from Buffalo, NY and shared a wonderful and happy married life together for 49 years enjoying and entertaining family and friends.

Keith worked for the Harrison Rad. Div. of General Motors for 37 years, retiring in Dec. 2001 as a Quality Assurance Rep., and traveling for Harrison Div. to Tuscaloosa, Ala., Moraine, Ohio and Juarez, Mexico to audit their manufacturing systems to Quality Assessment standards and regulations.

In 1989, he was elected to the Lockport Board of Education and served on the board from 1989 to 2006. From 1995 through 1999, he was Vice-Pres. and from 2000 through 2006 he was President. During that time, he also served on the Personal and Facilities Committees and was actively involved in several district capital projects. Keith strongly supported maintaining quality education and fought hard for Lockport School District to improve its' ranking on a yearly basis to help increase district recognition and growth. He worked with five different school superintendents during the eighteen years he served on the Board of Education and revised the search and interview process for superintendent hiring. He was known to be a master of compromise in the resolve of school district labor contracts and human resource issues.

In 2006, he was asked to serve out the unexpired term of a Niagara County Legislator in the 16th District of Niagara County. He resigned from the Lkpt. Board of Education to accept that position but waited until Dec. of 2006 working to have all labor contracts and legal matters resolved for the school district before his departure. Keith was elected in 2007 to a full legislative two year term and remained a county legislator for 13 more years. He served as Chairman of the Niagara County Social Services Committee from 2010 to 2013 and Chairman of the Administration Committee from 2014 to 2016. He served on the committee to hire a new county manager in 2011 and 2015. He was unanimously elected by the Legislature in 2016 to serve as Chrm. of the Niagara County Legislature serving in that position for 4 years until 2020.

Keith was honored in 2016 by the Lockport Town and City Republican Committee as "Public Servant" of the year and recognized in 2017, 2018 and 2019 in Buffalo's Business First "Power 250" for being one of Western New York's most influential people. In May of 2018 he was honored by the Niagara County Conservative Party as Chrm. of the Niagara County Legislature for advancing individual liberties, smaller governments, lower taxes and community prosperity. He was honored by the YWCA of Niagara Frontier to receive the 2020 "Friend of the YWCA of Niagara" award for his contributions and support.

He loved being in public service where he could help people but enjoyed quiet evenings at home when he could listen to evening political talk shows and news casts. But, his biggest enjoyment was when he found out the grand kids were coming to spend the night. He developed a loving bond with both of them, his grandson Jacob and granddaughter Madyson.

Relatives and friends are invited to a Memorial Mass to be celebrated on Saturday, April 24th at 11 AM in St. John the Baptist RC Church, 168 Chestnut St., Lockport.  Entombment was in Glenwood Mausoleum.  Memorials to St. Jude‘s Children’s Research Hospital, would be appreciated by the family.  Online condolences at www.pruddenandkandt.com.

To send flowers to the family or plant a tree in memory of William McNall, please visit Tribute Store
Saturday
24
April

Share Your Memory of
William
Upload Your Memory View All Memories
Be the first to upload a memory!
Share A Memory
Send Flowers
Plant a Tree