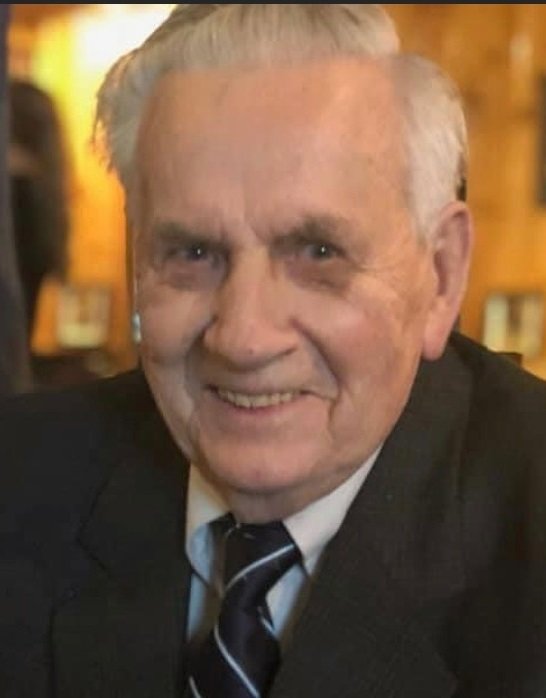 William D. Collins Sr. passed away Tuesday April 6, 2021 at Lockport Rehab and Health Care Center.  Born in Hartland, NY on October 9, 1927, he was the son of the late Roland and Helen Whitmore Collins.    William served in the US Army from 1946 until 1950.  He worked over 30 years for the Upson Company which became Domtar Corporation.  William enjoyed playing Euchre, going to the DALE Association, gardening and canning.  He is predeceased by his wife Betty (Chapman) Collins, who passed away in 1997 and his daughter Susan (Brian Thill) Collins, who passed away in 2013.

William is survived by his children, Brenda (Russell) Chaffee and William D. Collins Jr.  His grandchildren Marc (Amy) Chaffee and Marissa (Connor Abess) Chaffee and great grandson Maverick Chaffee.  He was the brother of the late Laverne, Howard and John Collins and Ilene Jakubec.   William is also survived by several nieces and nephews.

Friends may call on Friday April 9th 4-7 PM at Prudden and Kandt Funeral Home, 242 Genesee Street, Lockport.  A graveside service will be held Saturday April 10th at 10 AM in Cold Spring Cemetery.  In Lieu of flowers, memorials to the American Diabetes Association would be appreciated by the family.  Online condolences at www.pruddenandkandt.com.

To send flowers to the family or plant a tree in memory of William Collins, Sr., please visit Tribute Store
Print
Friday
9
April