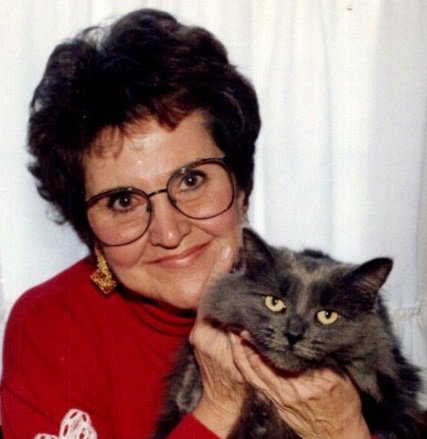 Janet M. Vullo passed away February 24, 2021 in Millard Fillmore Suburban Hospital.  Born June 14, 1936 in Buffalo she was the daughter of Charles and Rhoda (Nickle) Panzica.  Janet was a journalist for the Tonawanda News, was an editor for the Lockport Union Sun & Journal, was an administrative assistant at Children’s Hospital, and was assistant to director of Buffalo Zoo.   She served as the Pendleton Clerk from 1996-2003 and also was on the Starpoint Central School District, Board of Education for 9 years, serving several of those years as board President.  Janet lived for her dogs, Simon and Gizmo.  She spent a lifetime supporting charitable causes especially animal rescue groups.  Janet was predeceased by her husband of 59 years, Joseph Vullo on February 17, 2018.

Relatives and friends may call Monday, March 1st from 4-8 PM in Prudden & Kandt Funeral Home, 242 Genesee St., Lockport.  Graveside services will be in the Western New York National Cemetery, Pembroke at a later date.  In lieu of flowers donations to Save A Pet of Niagara County, PO Box 114, Newfane, NY 14108 or at www.saveapetniagara.com.  Visit pruddenandkandt.com.

To send flowers to the family or plant a tree in memory of Janet Vullo, please visit Tribute Store
Print
Monday
1
March