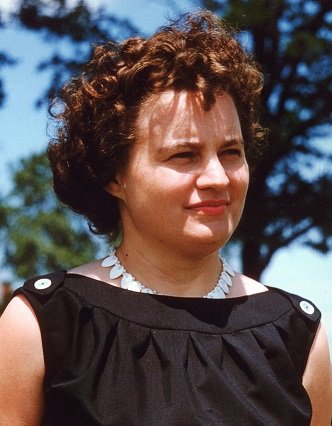 Lieselotte Agnes (nee Barthel) Gallagher passed away peacefully after a short illness at Elderwood Nursing Home on Thursday, February 11. She was born in Neuses Am Berg, Germany, a tiny farming village in Bavaria about 15 miles from Wurzburg. Growing up she worked on her family's farm and vineyard along with her two brothers, Irving and Valentin. The Wurzburg region along the Main River is known for Franken wine. Although not as famous as Rhine wine it is nevertheless a well-known favorite among Europeans.

In 1956, she met her future husband, Richard Gallagher, a young Army corporal from Lockport, New York who was stationed in nearby Kitzingen, Germany. After a year-long courtship that included plans to
get married in the states, Richard was discharged in February of 1957 and returned home to Lockport and the family farm. Unfortunately, Lottie was not able to immediately accompany him due to immigration restrictions. Once this hurdle was cleared with help from Lockport congressmen William Miller she flew to Buffalo in September of 1957.  Shortly thereafter, they married in October of that year.

In the early 1960s, Lottie and Richard operated a variety store in Wrights Corners, New York. A few years later she worked as a waitress at three of Western New York's best restaurants, The Apple Grove in
Medina, as well as Garlocks Fireside and Danny Sheehan's Steakhouse in Lockport. In the 1970s, she changed direction obtained her real-estate sales and broker’s license embarking on a very successful career as a real-estate agent where she topped the million mark in sales numerous times.

In her spare time Lottie loved to work in her flower and vegetable garden. After retiring in the early 1990s, Lottie and Richard enjoyed traveling to Germany to visit family and more recently, to Margarita
Island where they spent the colder winter months.

There will be no prior visitation.  A Mass of Christian Burial will be celebrated on Monday February 15th, at 10 AM in St. John the Baptist RC Church.  Interment will be at Cold Springs Cemetery. Memorials may be made to the Alzheimer's Association of Lockport or to a charity of one’s choice.  Visit pruddenandkandt.com.

To send flowers to the family or plant a tree in memory of Lieselotte Gallagher, please visit Tribute Store
Monday
15
February

Share Your Memory of
Lieselotte
Upload Your Memory View All Memories
Be the first to upload a memory!
Share A Memory
Send Flowers