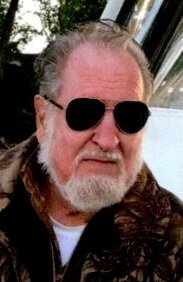 Donald E. “Duck” Cook of Middleport passed away January 11, 2021.  He was the son of Meldon and Beatrice (Coolidge) Cook.  Don was born in Malone, NY.  He retired from Harrison Radiator after 14 years.  Don also owned and operated Cooks Country Store in Owls Head, NY.  He enjoyed hunting, fishing, outdoor sports, and carpentry.  Don was a member of the Owls Mountain Club, Mount Tom Rec Club, Sacred Heart, and Jr. Wilson Sportsmen Club.  He will be remembered as being an all around good man, willing to help anyone.

A private memorial services will be held at a later date.  In lieu of flowers donations to Niagara Hospice, 4675 Sunset Dr., Lockport, NY 14094 or to Niagara County SPCA, 2100 Lockport Rd., Niagara Falls, NY 14304 would be appreciated by the family.  Visit pruddenandkandt.com.

Share Your Memory of
Donald
Upload Your Memory View All Memories
Be the first to upload a memory!
Share A Memory
Plant a Tree