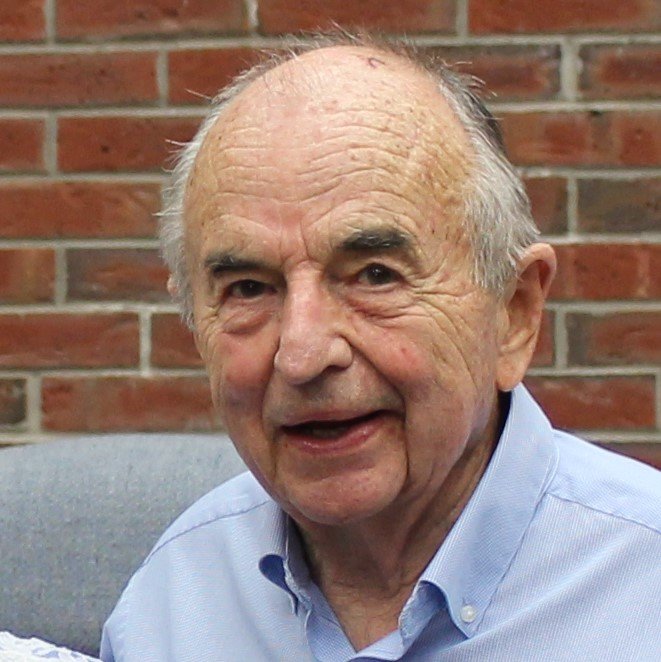 Barton (Bart) Smith was born on October 19, 1930 to Robert and Helen Smith.  Robert was the Director of the Lockport YMCA in the late 1950’s and Helen was a nurse at Lockport Memorial Hospital.  Bart was predeceased by his parents and two brothers, Bradford and Bruce.

As the middle son, Bart was known for his sense of humor, mischievous character and admittedly was a bit of a showman.  Bart served in the United States Air Force from 1952 to 1955. In the early 1950’s, he met his first wife, Lynn Skinner of Medina.  Bart and Lynn had three children, Leslee, Marc and Tracey. They enjoyed spending time with family and traveling.  Bart and his business partner, David Becking, owned and operated Paul Garrick Insurance, Inc. from 1965-1989.  For many years, Bart was on the Board of Trustees for Lockport Savings Bank/First Niagara, a member of the Shelby Planning Board and a volunteer with Habitat for Humanity.  He was a driver for the veterans administration for over 11 years and was active in as well as a leader for the Lyndonville Busy Buddies travel Club.

After the passing of his wife, Lynn, Bart was fortunate to have married the second love of his life, Florence Taylor of Lockport.  Both Bart and Florence were members of Lockport High School’s class of 1948.  Bart and Florence enjoyed almost ten years of marriage before he passed on August 20th.  Bart would be the first to admit that he was not perfect, but he was lucky.  He could find a parking spot in front of any store, no matter the time or day.  Bart loved hunting and fishing.  He was a Buffalo Bills fan and had season tickets for over 40 years.  He could fix just about anything around the house.  Duct tape and glue adorned many items throughout the house.  Bart lived the American dream:  he worked hard, lived well and loved fiercely.

A private family burial will take place at the family’s convenience.  Donations may be made to Niagara Hospice 4675 Sunset Drive, Lockport NY  14094 or Christ Episcopal Church 7145 Fieldcrest Drive, Lockport, NY  14094.

Share Your Memory of
Barton
Upload Your Memory View All Memories
Be the first to upload a memory!
Share A Memory
Plant a Tree