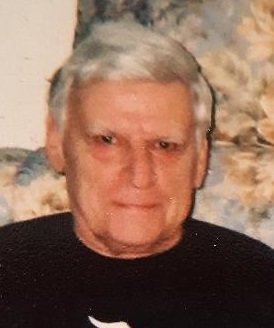 William M. Sibolski passed away on May 9, 2020. He was born on May 19, 1931 in Lockport, New York a son of William and Anna (Fura) Sibolski. Bill worked for over 35 years for Niagara County. He was a Niagara County Sheriff for almost 17 years and then accepted a position at Niagara County Family Court, as Deputy Chief Clerk. Retiring in 1992. He proudly served our country in the United States Army from 1952-1954 earning the Korean Service, United Nations, and National Defense medals. Bill was predeceased by his wife Berta (Maines) Sibolski on January 20, 2014, sisters Mary Ruth Gilbert and Jane Burke. He is survived by his children Sandra Chikan, Steven Sibolski, Susan (Michael) McDonald, and Mary Anne Sibolski; brothers Edward Sibolski, Robert (Gloria) White, and James White; grandchildren Jamie Chikan, Lindsey (James) Nayman, Michael (Sarah) McDonald, Lisa Buttery, and Brian (Delia) McDonald; great grandchildren Britney, Evan, Londyn, Anna, CJ, Michael, Marshall, Paisley, and Monroe; also survived by several nieces and nephews. Private services will be held at the convenience of the family. Visit pruddenandkandt.com.
To plant a tree in memory of William Sibolski, please visit Tribute Store
Services for William Sibolski
There are no events scheduled. You can still show your support by planting a tree in memory of William Sibolski.
Visit the Tribute Store

Share Your Memory of
William
Upload Your Memory View All Memories
Be the first to upload a memory!
Share A Memory
Plant a Tree