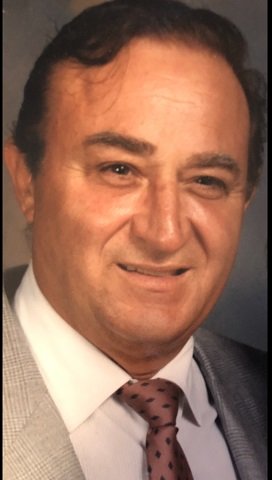 Joseph Santini, 88, died peacefully in his sleep on Friday, January 3, 2020. Born on November 4, 1931 in Casalbordino, Italy, Joseph was the first born of three children to Michael and Victoria Santini. Joseph immigrated to America in 1946 and has with pleasure made Lockport his home. Joseph met his wife Maria DiMillo in 1954 and married her six months later on November 20th at St Anthony’s Roman Catholic Church. Joseph and Maria had four children together. Joe lived a full, productive, and blessed life. He was the owner and operator of Joe’s Village Inn, which was a bar and restaurant in Oakfield, NY. Joe began working at Simonds Saw and Steel in 1960, before moving on to Harrison Radiator to finish his working career. Joe was an avid bowler, who learned the finer points from Allie Brandt. His bowling career spanned several decades, where he achievements frequently appeared in local sports headlines. He made a TV appearance on the Buffalo bowling show Beat the Champ and held the highest three game total in the LBA for 15 years. At the age of 71, he bowled a 300 game in a 804 series. He was inducted in the Lockport Bowling Hall of Fame in 1998. Joe is survived by his four children: Michael (Debra), Joseph (Elizabeth), Richard (Catherine) and Anthony (Anna Maria); eight grandchildren, Nicholas, Elise, Jennifer (Doug) Parker, Veronica, Christopher, Joseph, Gianna and Julia and five step-grandchildren, Mathew, Hans, Timothy (Holly), Laura (Bill) and Andrew, and one step-great grandchild Vincent. Friends may call on Monday, January 6th from 4-8 PM at Prudden and Kandt Funeral Home, 242 Genesee Street, Lockport. A Mass of Christian Burial will be celebrated on Tuesday, January 7th at 10 AM at St. John the Baptist RC Church, 168 Chestnut St., Lockport. Entombment will be in Glenwood Cemetery. In lieu of flowers donations to Niagara Hospice, 4675 Sunset Dr., Lockport, NY 14094 would be appreciated. Visit pruddenandkandt.com.

Share Your Memory of
Joseph
Upload Your Memory View All Memories
Be the first to upload a memory!