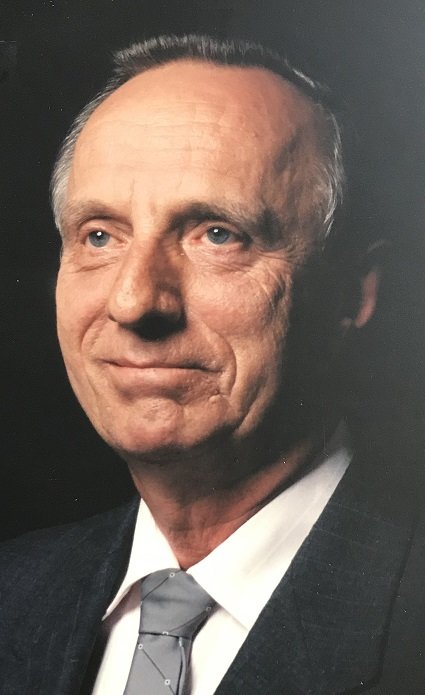 The journey for Albert D. McCowen ended October 6, 2019 at his home under the loving care of his family and Niagara Hospice.  He was born July 18, 1933 inside a house at Brick House Corners in Pembroke, NY and was the son of Paul C. and Esther (Rader) McCowen.  He worked for Harrison Radiator Division of General Motors from 1955 to 1991 starting out on the assembly line, then patrolman and working his way up to Lieutenant for Plant Security.  He was awarded the General Motors Safety Citation in August of 1976 for performing CPR on a woman at the plant who had gone into cardiac arrest.  Albert was also a proud member of Alcoholics Anonymous for 48 years and the oldest member of his home group in Williamsville, NY.  He participated in 12 Step calls for Alcoholics Anonymous and conducted weekly AA meetings at Attica State Prison and the VA Hospital.  He would also go to the local schools 3-4 times a year with his friend Don and give talks to students about Alcoholics Anonymous.

His hobbies included watch and clock repair which he learned as a child and continued his entire life, hitting the slots at the casino on occasion and being a mentor to his children and grandchildren always.... He was a member of the VFW in Lockport and proudly served in the United States Marine Corp from 1950-1953 and is a Korean War Veteran.

Relatives and friends may call Thursday, Oct. 10th from 3-7 PM at Prudden & Kandt Funeral Home, 242 Genesee St., Lockport where funeral services will be held Friday, Oct. 11th at 10 AM.  Interment will be in Acacia Park Cemetery.  The family would like to say a special thank you to aides Dorothy and Tammy, nurse Kim and social worker Cheryl from Niagara Hospice for their loving care and support during this most difficult time.  For this reason, memorial donations to Niagara Hospice would be appreciated. The family takes special comfort in knowing that their dad “will always be in the window”.  Visit pruddenandkandt.com.