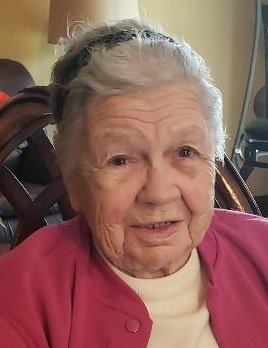 Winifred worked at Bel Aerospace, assembling planes during the war and she was also waitress at Brauer’s Restaurant in Pendleton.  She was a life member of Pendleton and Wendleville Senior Citizens and the Pendleton Historical Society.

Relatives and friends may call Tuesday, Oct. 8th from 12-1:30 PM with funeral services immediately following at 1:30 PM in Prudden & Kandt Funeral Home, 242 Genesee St., Lockport.  Interment will be private to the family.  Memorial donations to Niagara Hospice, 4675 Sunset Dr., Lockport, NY 14094 would be appreciated by the family.