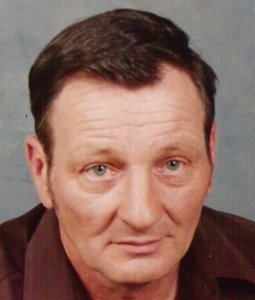 Robert Windnagle passed away Friday January 18, 2008.� Born May 22, 1932 in Lancaster, NY, he was the son of the lat Miles and Mildred DeVoe Windnagle.� He served in the US Navy during the Korean War.� Robert retired from Harrison Radiator in 1988.� He was an avid auto racing fan.� Robert is predeceased by his wife Carol Windnagle.� � Robert was the father of Tim Windnagle, Marylin Windnagle, Michael Windnagle and Vicki (Timothy) Wertman all of Lockport, and Lori (Thomas) Aikin of Florida and the late Robert Windnagle; grandfather of Lisa (Robert) Szpilewski, Jennifer (Randall) Sullivan, Tabitha Aikin, Christopher Laubacker, Jodi Malcolm, Ryan Wertman and Rachael Wertman; great grandfather of Tyler and Conner Sullivan and Morgan Szpilewski.� Brother of Betty Gooch of Akron, Jean Kisamore of N.C. and the late Miles Windnagle and� Nancy Rosemellia.� Good friend of Norris Cogar. � Private services will be held at the convenience of the family. <h3>Visitation</h3> Visitation Times
To plant a tree in memory of Robert Windnagle, please visit Tribute Store
Services for Robert Windnagle
There are no events scheduled. You can still show your support by planting a tree in memory of Robert Windnagle.
Visit the Tribute Store
Print
Share A Memory
Plant a Tree