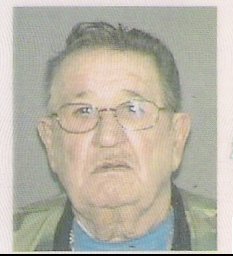 LeRoy J. Sherman of Lockport passed away unexpectedly in Lockport Memorial Hospital on January 8, 2008.� LeRoy was born January 17, 1934 in Wilson, NY to the late Edwin and Blanche (Skrok) Sherman.� He served in the United States Navy from 1952 to 1960 where he received several medals.� LeRoy was an avid bowler, hunter, fisherman and soft ball player.� He was predeceased by his daughter Debora L. Tetrault in 2002. � LeRoy is survived by his wife of 52 years, Audrey (Ribbeck) Sherman whom he married December 17, 1955 in the Town of Newstead.� He is also survived by his son Dallas J. Sherman of Florida and six daughters Georgia (Edward) Just of Florida, Virginia (Robert) Stymus, Lee Rose (Richard) Burger, Wanda D. Sherman, Jacqueline (Charles) Behe and Teresa (Roy) Woolson all of Lockport.� LeRoy is survived by his twenty-five grandchildren and twenty great grandchildren.� He was the brother of Edwin Sherman, the late Gertrude Weaver and Estrella Refenbark; and also survived by several nieces and nephews. � Relatives and friends may call Thursday 7-9 PM and Friday 2-4 and 7-9 PM at Prudden &amp; Kandt Funeral Home, 242 Genesee Street, Lockport where funeral services will be held Saturday at 10 AM.� Interment will be in Glenwood Cemetery. <h3>Visitation</h3> Visitation Times
To plant a tree in memory of LeRoy Sherman, please visit Tribute Store
Services for LeRoy Sherman
There are no events scheduled. You can still show your support by planting a tree in memory of LeRoy Sherman.
Visit the Tribute Store
Print
Share A Memory
Plant a Tree