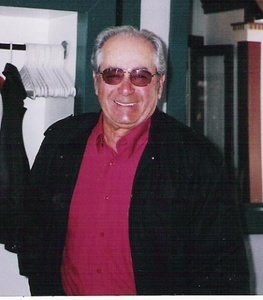 Jerome J. Bucolo passed away January 10, 2008 in Inter-Community Memorial Hospital, Newfane.� Born April 14, 1925 in Lockport he was the son of the late Anthony and Delia Corriere Bucolo.� Jerome served in the US Marine Corp. from 1944 to 1946 in the Pacific Campaign.� He owned and operated Bucolo Farm in Newfane which at one time was the largest vegetable farm in Niagara County.� Jerome also worked for Bullard Construction where he worked in construction and drove truck. And also at the Somerset Power Plant where assisted in building one of the smokestack&amp;#39;s.� He loved to farm and sold vegetables at local produce markets, Jerome was known for his great sense of humor.� Jerome was predeceased by his first wife Ida (Podeszek) Bucolo in 1959. � Jerome is survived by his beloved wife and best friend Shirl (Campbell) Bucolo of Lockport; father of Jerome A. (Kathleen) Bucolo of Lockport, Jennifer (James) Walker of Darien Center, Kathleen Jones of Massilon, OH, Kimberly (Richard) Kenny of Woburn, MA, William (Susan) Bucolo of Gasport and the late Paul and David Bucolo.� He is also survived by his fourteen grandchildren and six great grandchildren.� Jerome is the brother of Michael (Betty) Bucolo, Rose Torriere, Nicolina Beecher and the late Anthony, James and Joseph Bucolo.� He is also survived by several nieces, nephews and his best friend Roland Selfridge of Lockport. � Relatives and friends may call Sunday 2-4 and 7-9 PM at Prudden and Kandt Funeral Home, 242 Genesee Street, Lockport.� A Mass of Christian Burial will be celebrated Monday morning at 10 AM in St. Bridget&amp;#39;s Roman Catholic Church, Newfane.� Interment will be in St. Patrick&amp;#39;s Cemetery.� Memorials to a charity of one&amp;#39;s choice would be appreciated by the family. <h3>Visitation</h3> Visitation Times
To plant a tree in memory of Jerome Bucolo, please visit Tribute Store
Services for Jerome Bucolo
There are no events scheduled. You can still show your support by planting a tree in memory of Jerome Bucolo.
Visit the Tribute Store
Print
Share A Memory
Plant a Tree