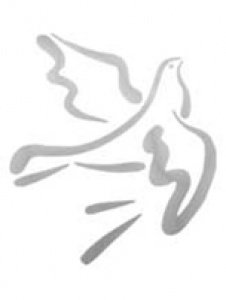 Please share a memory of John to include in a keepsake book for family and friends.
View Tribute Book
John Argue passed away December 3, 2008 in Mount St. Mary&amp;#39;s Hospital.� Born July 13, 1937 in Lockport and was the son of the late Clay and Esther (Ciens) Argue.� John is survived by his sisters N. Carol (Arthur) Ferris of Lockport and Ruth (Vincent) Burns of Burt.� He was predeceased by his two brothers Donald and William Argue and also by his sister Thelma Lou Argue.� John is survived by several nieces, nephews and great nieces. � Friends may call Saturday 1-2 PM at Prudden &amp; Kandt Funeral Home, 242 Genesee Street, Lockport where funeral services will immediately follow at 2 PM.� Interment will be at a later date in Trinity Lutheran Cemetery.� Memorials to Opportunities Unlimited, 1555 Outlet Boulevard, Niagara Falls, NY 14304 would be appreciated by the family. <h3>Visitation</h3> Saturday, Dec. 6, 2008 1-2 PM <h3>Services</h3> Saturday, Dec. 6, 2008 at 2 PM
To plant a beautiful memorial tree in memory of John Argue, please visit our Tree Store

A Memorial Tree was planted for John
We are deeply sorry for your loss ~ the staff at Prudden and Kandt Funeral Home, Inc.
Join in honoring their life - plant a memorial tree
Services for John Argue
There are no events scheduled. You can still show your support by planting a tree in memory of John Argue.
Plant a tree in memory of John
Print
Online Memory & Photo Sharing Event
Online Event
About this Event