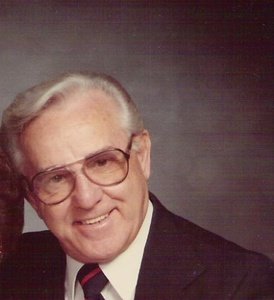 Nicholas Rosetti passed away September 4, 2007 in Lockport Memorial Hospital.� Born December 10, 1918 in West Pittston, PA he was the son of Peter and Angeline Candelora Rosetti.� Nicholas served in the US Air Force during WW II from 1941 to 1945.� He owned and operated a barber shop the 50&amp;#39;s to the 60&amp;#39;s he later owned and operated "The Keg" in Gasport from 1964 to 1975.� Also during that time he ran Nic&amp;#39;s Billiard&amp;#39;s from 1961 to 1970.� Nicholas also worked for Licata Bros Vending as a salesman.� He belonged to the Lion&amp;#39;s Club in Gasport where he was Past President, Knights of Columbus Council 319, Anjo and the Elks Clubs.� Nicholas enjoyed entertaining at weddings and nursing homes, loved telling funny stories, golfing and bowling. � Nicholas is survived by his wife whom he married on February 2, 1952 at St. Joseph&amp;#39;s RC Church, Stella Licata Rosetti of Lockport; father of Peter (DeAnn) Rosetti of Texas, Angeline (Dennis) Stachera of Lockport and Carmella Hanley of Williamsville; grandfather of Stephanie Stachera , Anastasia "Stacey" Stachera, Amy Hanley and Michael Hanley; brother of Angeline Bonito of Medina, Mary Bellas of West Pittston, PA, Josephine Marriott of Wyoming, PA, the late Sam Rosetti, Louis Rosetti, Victor Rosetti and Genevieve Bolock; also survived by several nieces and nephews. � Relatives and friends may call Friday 2 to 4 and 7 to 9 PM and Sunday 2 to 8 PM at Prudden &amp; Kandt Funeral Home, 242 Genesee Street, Lockport where prayers will be offered Monday at 10 AM followed by a Mass of Christian Burial at 10:30 AM in St. Joseph&amp;#39;s Roman Catholic Church, 391 Market Street, Lockport.� Entombment will be in Glenwood Mausoleum.� Memorials to the American Heart Association, PO Box 3049, Syracuse, NY 13220-3049 or to American Kidney Foundation, 6110 Executive Blvd., Suite 1010, Rockville, MD 20852 would be appreciated by the family. <h3>Visitation</h3> Visitation Times
To plant a tree in memory of Nicholas Rosetti, please visit Tribute Store
Services for Nicholas Rosetti
There are no events scheduled. You can still show your support by planting a tree in memory of Nicholas Rosetti.
Visit the Tribute Store
Plant a Tree
Print
Share A Memory
Plant a Tree