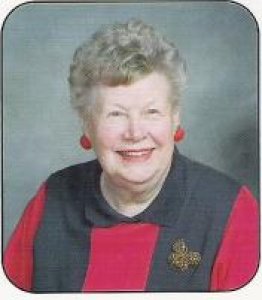 Florence B. (Pless) Smith passed away June 4, 2008 in Erie County Medical center.� Born September 12, 1919 in Lockport she was the daughter of the late Fred and Amelia (Brege) Pless.� Florence worked in the offices for Kendall Oil and volunteered for 20 years with the Niagara County Historian&amp;#39;s Office.� She also wrote several books for the historian&amp;#39;s office some of which were Roster of City Officials, Lockport City Churches Books I &amp; II, Lockport City Schools and Village Presidents &amp; Mayors, Niagara County Authors, Niagara County Artists and several others all on the history of Lockport.� She was a member of Trinity Lutheran Church, Niagara County Historical Society, Niagara County Genealogy Society, Lockport Duplicate Bridge League, Senior Citizens Center and Life Master of American Contract Bridge League.� Florence was predeceased by her husband Robert A. Smith in 1989. � Florence is survived by her children David P. (Anne) Smith both of Lockport and Steven (Theresa) Smith of New Mexico; grandmother of Jennifer (John) Penna and Alex Smith; great grandmother of Stephanie and Nathan Penna; sister of the late Alice Weaver.� Also survived by several nieces and nephews, especially Linda Brown who was like a daughter. � Friends may call Friday 2-4 and 7-9 PM at Prudden &amp; Kandt Funeral Home, 242 Genesee Street, Lockport.� Funeral services will be held Saturday at 10 AM in Trinity Lutheran Church, 67 Saxton Street, Lockport.� Memorials to the Senior Citizens Center of to the church would be appreciated by the family. <h3>Visitation</h3> Friday June 6, 2008 2 to 4 and 7 to 9 PM <h3>Services</h3> Saturday June 7, 2008 10 AM
To plant a tree in memory of Florence Smith, please visit Tribute Store
Services for Florence Smith
There are no events scheduled. You can still show your support by planting a tree in memory of Florence Smith.
Visit the Tribute Store
Plant a Tree
Print
Share A Memory
Plant a Tree