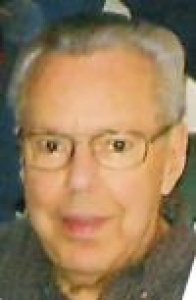 PAUL GOODYEAR URTEL Longtime Lockport BusinessmanPaul Goodyear Urtel passed away on March 21, 2008 in Lockport Memorial Hospital. Born May 12, 1927 in Lockport, he was the son of the late Noreen Ellen Snell Urtel and grandson of the late George E. and Betsey (Chappius) Snell Kennedy. Paul married the former Mary Grace Eldredge on January 26, 1955 in Emmanuel United Methodist Church, Lockport. He graduated from Lockport High School, Class of 1945, from the Doyle Beauty School, Buffalo and the Bruno&amp;#39;s School of Advanced Hair Design, Toronto, Canada. Paul and his wife, Mary owned and operated the &amp;quot;Modernaire&amp;quot; Salon of Beauty at 17 Main Street and 110 Locust Street for 37 years. Both Mary and Paul retired in 1994. Paul was an avid collector of European and American Antiques and fine art works. He was also the owner, at one time, of the finest display and complete &amp;quot;Ole Grocery Store&amp;quot; collections in this area of New York State. Upon retirement, Paul served as a volunteer at Lockport Memorial Hospital in the Dietary Department and later years at the Main Lobby Reception Desk. In 2001 he and his wife, Mary were honored as &amp;quot;Volunteers of the Year&amp;quot; at Lockport Memorial Hospital. Paul was a member and former Elder of the First Presbyterian Church, Lockport. Paul is survived by his wife, Mary of Lockport; uncle of Donald R. (Younga) Urtel, Jr. and John P. (Cheryl) Urtel, both of Lockport and the late James E. Urtel; brother of the late Donald R. Urtel, Sr.; step-brother of Carol (Rodney) Greisser of Newfane. As per Paul&amp;#39;s wishes and private lifestyle, there will be no prior visitation. Private funeral services will be held at the convenience of the family. Memorials to Lockport Memorial Hospital, 521 East Avenue, Lockport, NY 14094, or to a charity of one&amp;#39;s choice would be appreciated by the family.
To plant a beautiful memorial tree in memory of Paul Urtel, please visit our Tree Store

A Memorial Tree was planted for Paul
We are deeply sorry for your loss ~ the staff at Prudden and Kandt Funeral Home, Inc.
Join in honoring their life - plant a memorial tree
Services for Paul Urtel
There are no events scheduled. You can still show your support by planting a tree in memory of Paul Urtel.
Plant a tree in memory of Paul
Print
Share A Memory
Plant a Tree