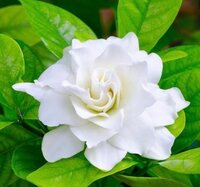 Mary Johnson passed away November 19, 2022.  Born October 31, 1946 in Virginia Beach, Virginia she was the daughter of Walter and Lucille (Riddick) Snowden.  Mary worked for Virginia Beach General Hospital where she was a Unit Secretary.  She enjoyed working on arts and crafts.  Mary was predeceased by her husband Abraham Johnson on June 24, 2000, and two sons Michael Johnson and Stephen Johnson.