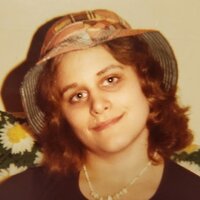 Laurie A. Simmons passed away August 1, 2022.  Born August 24, 1956 in Kenmore she was the daughter of Raymond Simmons and the late Virgie (Hornemann) Simmons.  Laurie was a waitress at The Grapevine Restaurant and enjoyed watching television, hanging out with her friends, gardening, was an avid reader, and was a woman of faith.

Private services will be held at a later date.