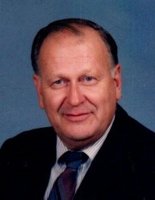 Charles P. Rohde passed away September 1, 2020 after a long battle with Multiple Sclerosis in Hospice House.  Born February 6, 1940 in Lockport he was the son of Herman and Katherine (Winter) Rohde.  He served in the US Navy from 1958 to 1962 and worked for Harrison Radiator Div. of GM where he was a Boiler Operator.  He was a member of the B. Leo Dolan Post 410 where he served as Past Commander, Navy Marine Club, VFW, South Lockport Volunteer Fire Co., and also was on the Niagara County Dive Team.