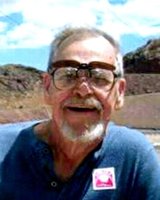 Earnest “Ray” Vance passed away on Friday February 7th, 2020 surrounded by his loving family. Born in Oakwood, Virginia, on October 29, 1943, he was the son of the late Ervin and Hattie Elswick Vance. Ray served in the US Army from 1961-1964. He worked for Packaging Company which became Jamestown Container, for 40 years, retiring in 2014. He then worked as a Bus Monitor for Ridge Road Express. Ray was a longtime member of the Navy/Marine Club and enjoyed hunting, watching sports and playing cards. He is survived by his loving wife of 35 years, Ann (Johnston) Vance; father of Richard Vance, Jeffrey Hare, Theresa Vance, Steven (Christie) Vance, Debbie (Matt) Wilson and Sarah (Ryan) Whitmore; grandfather of Samantha, Melanie, Jennifer, Dominic, Jeffrey, Jesse, Dean, Quin and Johnny. Ray was the brother of Von Phillips and the late Jeraldine (Sam Moseley) Driver and Patricia (Louis “Red” Vester) Bostic. He is also survived by several nieces and nephews. Friends may call on Tuesday February 11th 3-5 and 7-9 PM in Prudden and Kandt Funeral Home, 242 Genesee Street, Lockport, where services will be held on Wednesday February 12th at 11 AM. Interment will be in St. Charles Cemetery, Newfane. In Lieu of flowers, Memorials to Niagara Hospice would be appreciated by the family. Online condolences at www.pruddenandkandt.com.