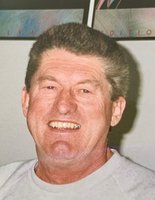 Kenneth E. Covel went home to be with his savior on, August 30, 2019 in Buffalo General Medical Center.  Born July 19, 1936 in Lockport, he was the son of Earl and Olive (Bowen) Covel.  Kenneth graduated from Akron High School and continued his college education to receive a College Life Underwriters degree.  He served in the U.S. Army as a tank operator from 1955-1957 and was awarded the Good Conduct Medal.  Kenneth was an Office Manager at MetLife for 25 years and was the Co-owner and founder of Seaway Insurance in Gasport.  He enjoyed animals of all kinds and he was a volunteer with the Niagara County Sheriff Mounted Division.  He even rode during the Buffalo Bill’s Super Bowl era working crowd control.  Kenneth was a member of Rapids Seniors and an active member of the Rapids Bible Church where he drove the church bus for many years.  He also was a Free Mason and a proud 50 Gallon Blood Donor, as well as a Platelet Donor.  Kenneth was especially proud of his children and grandchildren and spent every moment he could with his wife and family. Kenneth was known for his love of hot rods and motorcycles. Most notably, as a member of the greatest generation, his faith in God, generous spirit, service to his country and having never met a stranger, endeared him to every person he encountered.

Relatives and friends may call Friday, September 6th from 6-8 PM in Prudden & Kandt Funeral Home, 242 Genesee St., Lockport.  Funeral services will be held Saturday, September 7th at 9 AM in Rapids Bible Church, 7209 Rapids Rd., Lockport.  Interment will be in Huskey Cemetery with military honors.  In Lieu of flowers, Memorials to the Rapids Bible Church would be appreciated by the family.  Visit pruddenandkandt.com.